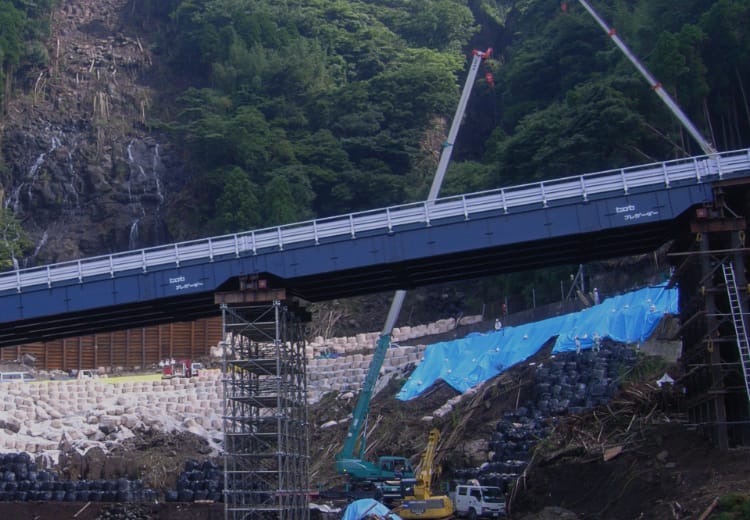 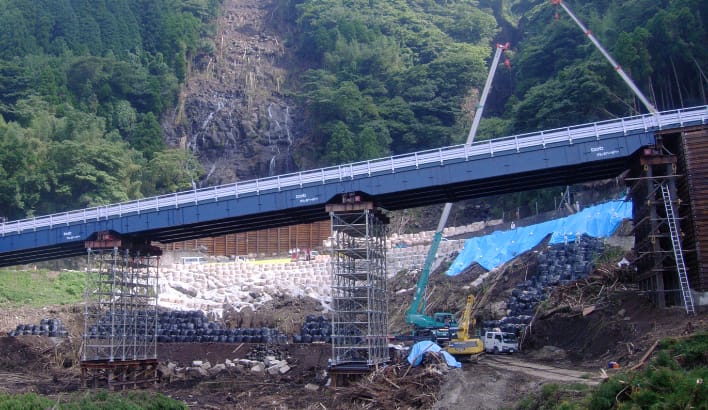 When a bridge collapsed or a road was cut off due to a disaster, we quickly install a temporary bridge to facilitate recovery work. 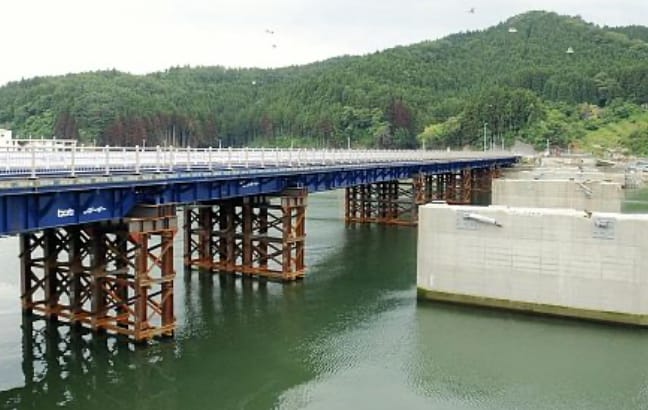 The Kesen Ohashi Bridge, which connects Rikuzentakata to Miyagi Prefecture and is an important transportation route for logistics and tourism promotion, was completely destroyed by the tsunami that followed the Great East Japan Earthquake on March 11, 2011. We constructed a piled jetty for construction (36-metre-span Pre-girder® bridge) to promptly provide a transportation route toward recovery using a single-operation erection method, where cranes were used for spans on both sides and a barge crane for the central span, thereby shortening the construction period by 45 days and allowing the temporary bridge to open to car traffic in 75 days. Then, in the recovery project, the bridge was constructed higher than the one existing before the disaster to avoid tsunami damage, and on December 7, 2018, seven years and nine months after the disaster, the Kesen Ohashi was completed to provide safe and secure access by the local community. 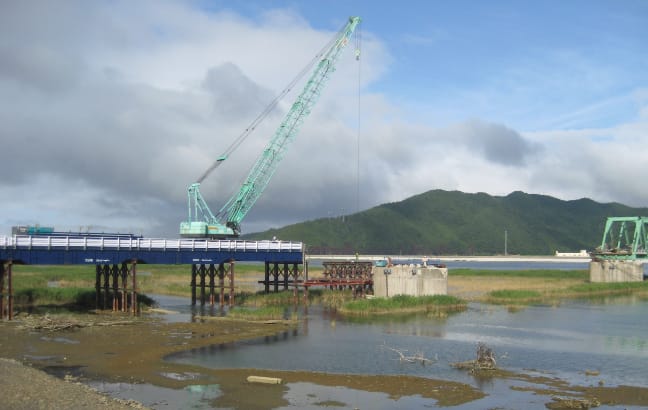 The Shin-Kitakami Ohashi Bridge, located 4m upstream from the mouth of the Kitakami River, a first class river, was affected by the tsunami that followed the Great East Japan Earthquake in March 2011, when two-span girders of 150 m on the left bank were washed out and the remaining five spans were damaged. We constructed the G-piled jetty® (12 spans with a width of 8 m) to promptly provide a transportation route toward recovery using a launching erection method, which can reduce the number of substructure bearing piles and ensure safe delivery by attaching them to the girder end, thereby shortening the construction time by 50 days and allowing the bridge to open to traffic in 90 days. Despite the catastrophic situation, we completed an emergency piled jetty in a short period of road closure to help the local community. The bridge project was then completed in October 2016.

Please see the websites of the respective companies for details of the projects and methods.

Back to Business & Work